Below are edited replays with written summaries of individual speaker segments from Session I of our fifth Symposium, In the Midst of Darkness Light Prevails, held on December 10th, 2022 in conjunction with UK Column and Children’s Health Defense.

Journalist Taylor Hudak MA opened the symposium by noting that as we approach the end of 2022, “it is clear that we are at a critical point in our fight for freedom, bodily autonomy and human rights.”

Doctors for Covid Ethics’ documentation of evidence that mRNA vaccines are causing vascular and organ damage has gone viral, she said, “which demonstrates the manifest shift in the public discourse” underway. It is a shift that inspired the motto for this our fifth symposium: In the Midst of Darkness Light Prevails.

Sucharit Bhakdi: Why All mRNA Vaccines Will Cause Harm

Prof Sucharit Bhakdi MD began with a call for physicians and medical scientists around the world to “go back to your textbooks and recall what we all should know.”

He provided an overview of “textbook immunology” on respiratory viruses such as SARS-CoV-2, which teaches that:

Dr Bhakdi concluded by urging doctors and scientists to “open your textbooks and go back and see whether what we have been saying has not been before your eyes for decades.”

The studies summarised by Michael Palmer have shown that:

In short, the evidence that the injected mRNA product inflicts grave damage all around the body, over extended periods of time, is manifest. Dr Palmer stressed that such vaccine damage is not rare.

Dr. Brian Hooker, PhD, PE presented data on the incidence of various disorders associated with COVID vaccines. He placed those data in the context of “the grand experiment” that is global mRNA vaccination, noting that official clinical trials are still ongoing, some until 2026.

Brian Hooker noted that if the CDC had warned the US population of the “blatant” myocarditis safety signal that emerged in the VAERS database as early as February 2021, when only 8.3% of the US population had been vaccinated, the “cataclysmic” increase in cardiac issues we have witnessed since that time could have been avoided. “The population should have been warned much much earlier,” he stressed.

Dr Meryl Nass, MD, ABIM led a panel discussion with all speakers from Session I, during which she pointed out that regulatory agencies have admitted to approximately 50 percent of the RNA in COVID injections being unidentified. This means, she said, that neither the regulators nor the public know what the mRNA vaccines contain. Approximately 50 percent of the mRNA, moreover, is degraded, creating genetic debris that makes it impossible to scientifically determine the genetic composition of the shots, even if regulators inspected the vaccine contents, which they do not.

Prof Sucharit Bhakdi MD underlined the extent of regulatory negligence in Europe by tracing the European authorisation for 5 billion doses of mRNA vaccines to a single and profoundly misleading submission by the firm BioNTech, in May 2020.

Dr Bhakdi added that independently published research has demonstrated the vaccine nanoparticles’ lipid component alone to be highly inflammatory, and lethal in animal models, constituting “poison”, which belatedly “provides the safety pharmacological studies that BioNTech did not supply.”

Sucharit Bhakdi concluded with the “ray of hope” that the companies responsible for the fraud perpetrated on populations and taxpayers have provided documentary evidence of their own fraudulent conduct, paving the way for legal action.

Session I concluded with the song Hands off our Children by Joydah Mae.

Hands off our Children – Joydah Mae from Joydah Bernardo on Vimeo.

Watch all of Session I here

Dr. Brian HOOKER, PhD, PE, is an Associate Professor of Biology at Simpson University in Redding California where he specializes in microbiology and biotechnology. Brian Hooker is the co-inventor for five patents, and recipient of the Battelle Entrepreneurial Award in 2001. Brian Hooker’s over 60 science and
engineering papers have been published in internationally recognized, peer reviewed journals. In 2013 and 2014, Dr. Hooker worked with the CDC Whistleblower, Dr. William Thompson, to expose fraud and corruption within vaccine safety research in the CDC, which led to the release of over 10,000 pages of documents.

Meryl NASS, MD, ABIM is an internist with special interests in vaccine-induced illnesses, chronic fatigue syndrome, Gulf War illness, fibromyalgia and toxicology. As a biological warfare epidemiologist, she investigated the world’s largest anthrax epizootic in Zimbabwe, and developed a model for analyzing epidemics to assess whether they are natural or man-made. She has played a major role in creation of a
coalition that has fought the Anthrax Vaccine Immunization Program. Nass is active in assisting legal teams defending anthrax vaccine refusers and ill service members in the U.S. and Canada.

Michael PALMER, MD is a former Associate Professor in the Department of Chemistry at the University of Waterloo, Ontario, Canada, and is board certified in Medical Microbiology. His experimental research focus is on bacterial toxins and antibiotics. Michael has authored a textbook on Biochemical Pharmacology. 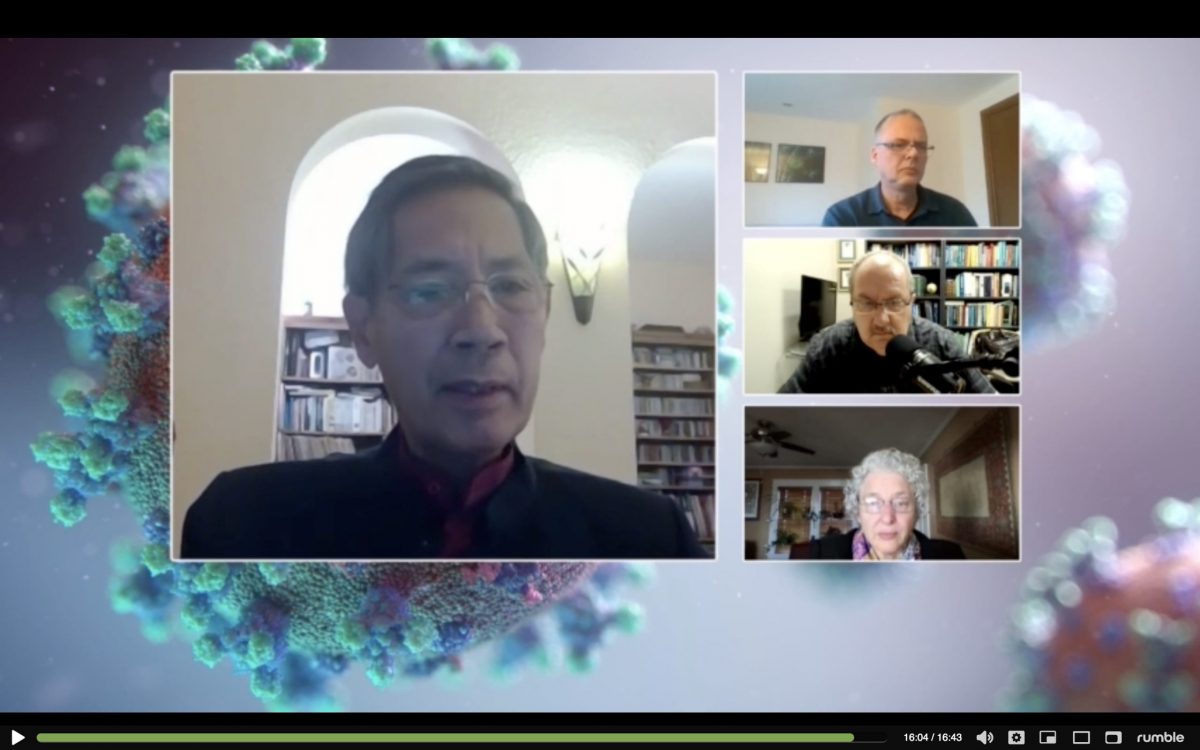