Session IV of our fifth symposium, In the Midst of Darkness Light Prevails, focussed on the methods by which doctors’ have been persecuted for seeking to protect their patients and the public, and the dangers that this poses to society. The Session concluded with a documentary examining these and other abuses enacted under COVID-19 through the lens of the psychology of mass atrocity.

Journalist Taylor Hudak MA introduced Session IV by acknowledging the many courageous doctors and scientists who have been persecuted for telling the truth about COVID-19 and offering early treatments. “Without them we could not be here doing what we’re doing today, and could not fight effectively to restore our fundamental freedoms and human rights.”

Doctors and Ethics: A Series on the Suppression of Doctors and Scientists During the COVID Crisis.

The Session began with the stories of two doctors who have been persecuted for telling the truth and treating their patients, Dr Thomas Binder and Dr Ryan Cole.

Taylor Hudak presented selections of an interview that she had conducted with Swiss Cardiologist Dr Thomas Binder MD, courtesy of The Last American Vagabond. In early 2020, as a result of his efforts to provide the public with accurate information, Dr Binder was confronted by 60 armed police officers, held in a psychiatric unit, diagnosed with ‘corona Insanity’, which is a fictitious disorder, and placed on mandatory psychiatric medication for questioning lockdowns and other measures.

Dr Binder recalled his amazement in February 2020 when he saw that everything he had learned in medical school was being turned upside down. He said that he felt it was his duty as a doctor to inform the populace, fellow doctors and politicians about the unscientific nature of practices such as using the wrong indication to test, administering the wrong test, pursuing a zero COVID policy, and so-on. Dr Binder wrote emails and blogs, expecting that within a week or so sense would prevail, and the unscientific COVID narrative would collapse.

Instead, on the evening of Easter Saturday in 2020, as he was finishing work before going on holiday with his wife, he described being “brutally arrested” at his medical practice by a 60-strong “hardcore anti-terrorism unit with machine guns.” Upon finding no threat nor basis for arrest, the unit called in a medical examiner, who issued the concocted diagnosis of ‘corona insanity’ and placed Dr Binder in a padded cell for 36 hours. He was offered the option of six more weeks’ psychiatric confinement, or release conditional upon taking psychiatric medication, with compliance monitored by weekly blood tests.

Dr Cole described first being attacked and defamed by newspapers and the media for talking about early treatments and medicines, and speaking against the gene-based shot. Next, the boards of medicine accused him of ‘misinformation’, ‘disinformation’ and ‘malinformation’ without defining what those terms meant. He was also attacked by medical boards for providing treatments that worked. He noted that even among his elderly and vulnerable clients, not one was hospitalized and not one passed on, and not one of his patients ever developed long haul symptoms, because “they all got treated early.”

Then the insurance companies, upon whose payments his work depends, began cancelling his contracts for ‘unprofessional behaviour’, again without defining what that meant. “Little by little they chipped away, taking away my business,” Dr Cole explained. Next the College of American Pathology, for whom he had been a state inspector and national spokesperson, retracted his fellowship, and reported him to the National Provider Databank. This triggered numerous state licensing boards to start investigating him, which put him through a “literal psychological hell, professional hell, after having a perfect career… So my business is almost gone. As of next Friday I officially don’t have my lab any more.”

Taylor Hudak noted that with both Dr Thomas Binder’s persecution on false psychiatric grounds, and Dr Cole’s subjection to a literal psychological hell, we are seeing “the weaponization of psychology and mental health to demonize dissenting voices.”

Dr Meryl Nass MD outlined the formal organizational structures and strategies behind persecution of doctors in the United States. She explained that she had her own license suspended without a hearing 11 months previously. “Why?” she asked. “Because we are in the middle of a coup.” It is a coup for dictatorial power, she said, using laws dating back 20 years that enable national and regional leaders to usurp and abuse power by declaring a public health emergency. Silencing and controlling doctors has been critical to this endeavour.

Dr Nass described a series of developments behind the targeting of doctors in the United States, whereby:

On fighting back, Dr Nass described:

Finally Dr Nass stressed that this is not just about doctors. This is about all of us, our medical care, and our future. She urged viewers to talk to everyone they know about what is happening, before “the jaws of this electronic concentration camp snap closed around us.”

From 15 minutes 30s at the video above

Taylor Hudak and Dr Meryl Nass were joined for a panel discussion by Dr Liz Evans, co-founder and director of the Medical Freedom Alliance.

Dr Liz Evans talked about the dangers of weaponizing terms such as ‘disinformation’ and ‘misinformation’ in order to stifle debate, which strikes at the very heart of the scientific method. The system this creates is one in which arbiters of truth [who are often political appointees and bureaucrats] get to dictate reality, which is ripe for abuse she said.

Dr Evans added that the emerging laws criminalizing doctors’ speech prevent doctors from abiding by their codes of ethics, which revolve around patient-centred medicine. In patient-centred medicine the doctor’s obligation is to the patient, not the government, bureaucrats or the NHS. She called the model that is emerging now “medicine-by-legislation”, where the doctor is “completely de-professionalized and is just an agent of the state.” Doctors need to stand together and reclaim their profession, she said. “If people stand together it’s much harder to pick them off.”

Dr Evans highlighted a number of UK initiatives in which doctors are uniting to defend medicine and medical ethics, including the World Council for Health Doctors’ Declaration, and a group called Doctors for Patients UK, who stand for evidence-based, ethical, patient-centred medicine. She encouraged everyone watching to demand medical ethics of their doctors: “call them out about consent,” she advised. She stressed that medical ethics exist to protect patients, and that medicine without ethics is unsafe for us all.

The Psychology of Covid-19 Atrocities

Session IV concluded with a powerful documentary summarising an article published on Unlimited Hangout: Covid-19: Mass Formation or Mass Atrocity? The article and video analyse the abuses enacted under COVID-19 through the lens of the psychology of mass atrocity. The analysis stresses the importance of active rather than passive bystanding, the dangers of targeting active bystanders, for instance as “conspiracy theorists”, and the importance of holding atrocity’s instigators to account. The video summary, with audiovisuals by Daniel Broudy and text by David Hughes, Valerie Kyrie and Daniel Broudy, contains compelling footage of state violence and vaccine casualties never-to-be-seen on prime time TV.

Dr. Thomas BINDER, MD is specialised in Cardiology and Internal Medicine, with a thesis in Immunology and Virology, and 32 years experience in diagnosis and treatment of Acute Respiratory Illness.

Daniel BROUDY, PhD is a professor of applied linguistics with research interests in symbols, signs, sounds, images, and colors as communication tools deployed by power centers which aim to shape knowledge and influence human perception and emotion. He holds a doctorate in applied psycholinguistics and has experience as an imagery analyst. He lectures in areas ranging from communication theory to visual rhetoric. Selections of his work can be found at ResearchGate. Daniel is an associate researcher with the Working Group on Propaganda and the 9/11 Global ‘War on Terror’.

Ryan COLE, MD is a medical doctor, who trained at the Mayo Clinic and completed his residency in Anatomic and Clinical Pathology, as well as a fellowship in Surgical pathology, serving as chief fellow in his final year. In 2004 he founded Cole Diagnostics, an independent, full-service medical laboratory in Boise, Idaho, and is the Chief Medical Officer and Laboratory Director. He is a board certified Anatomic and Clinical pathologist with sub-specialty training and 20 years experience in dermatopathology with particular interest in molecular diagnostics. Cole Diagnostics processes and reports on approximately 40,000 blood and biopsy patient samples annually. In the last year, the lab has handled over 100,000 COVID testing samples.

Dr. Elizabeth EVANS, MA (Cantab), MBBS(Hons), DRCOG is co-founder and director of the UK Medical Freedom Alliance – set up in October 2020. They are a group of healthcare professionals, scientists and lawyers, campaigning for people’s rights to medical freedom, informed consent and bodily autonomy to be upheld in all circumstances. She is a front-facing member of HART since inception. She is a member of the Children’s Covid Vaccine Advisory Council (CCVAC) led by Dr. Ros Jones. She practised as a doctor for a few years (GP Registrar) then deregistered and moved into complementary medicine. For the last 12 years she has had a private practice seeing patients, using a holistic nutritional and energy medicine approach.

David A. HUGHES, PhD is a Senior Lecturer of International Relations at the School of Social and Political Sciences at the University of Lincoln. He holds doctorates in German Studies and International Relations. He lectures in areas including security studies, international relations theory, foreign policy analysis, globalization, and US exceptionalism. His research focuses on psychological warfare, 9/11, COVID-19, the deep state, intelligence crime, technocracy, resurgent totalitarianism, and global class relations. A selection of his work can be found on Academia.edu. David is an Associate Researcher with the Working Group on Propaganda and the 9/11 Global ‘War on Terror’.

Valerie KYRIE holds a doctorate in psychology on the topic of reality-perception and its manipulation. She has contributed to work in the areas of international human rights, advocacy and policy, focusing on the tactics and machinations underpinning collective violence and atrocity.

Meryl NASS, MD, ABIM is an internist with special interests in vaccine-induced illnesses, chronic fatigue syndrome, Gulf War illness, fibromyalgia and toxicology. As a biological warfare epidemiologist, she investigated the world’s largest anthrax epizootic in Zimbabwe, and developed a model for analyzing epidemics to assess whether they are natural or man-made. She has played a major role in creation of a
coalition that has fought the Anthrax Vaccine Immunization Program. Nass is active in assisting legal teams defending anthrax vaccine refusers and ill service members in the U.S. and Canada. 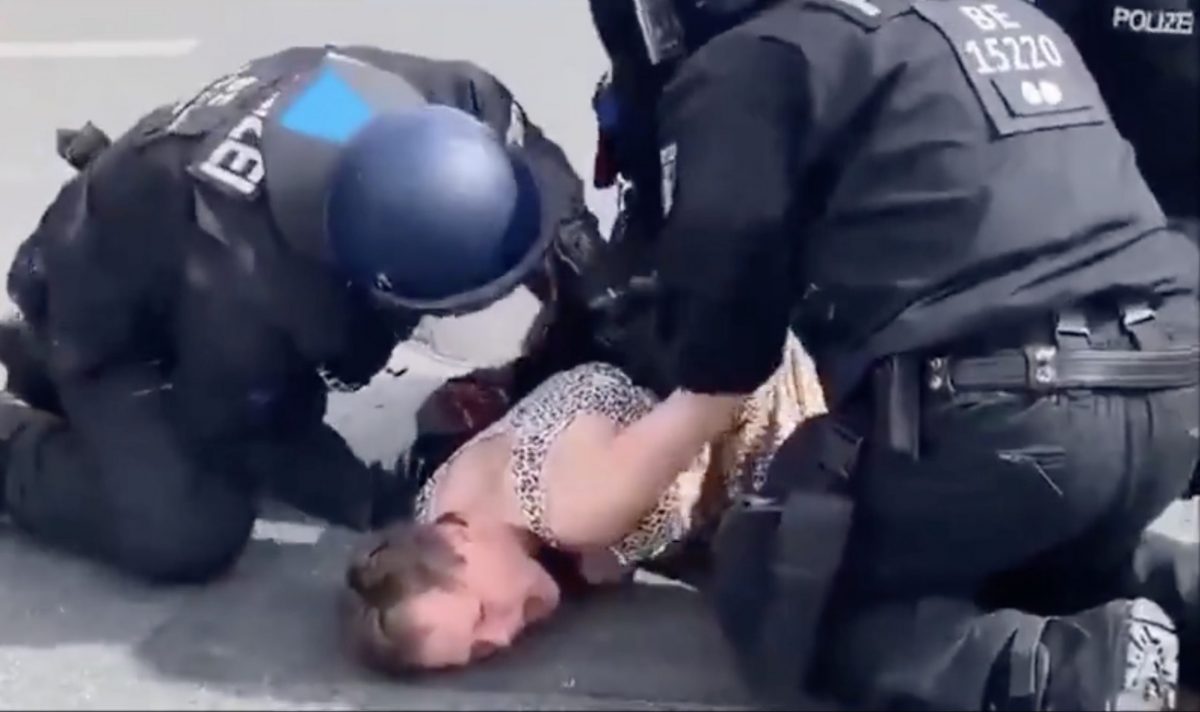