As the Covid narrative collapses worldwide, Australian authorities have been held to account over their failures of governance and regulatory standards in response to Covid-19. On March 8th 2022 a group of Australian doctors, scientists and lawyers sent an extensively annotated open letter to officials at Australia’s medical regulator, the Therapeutics Goods Administration (TGA), the Australian Therapeutics Advisory Group on Immunisation (ATAGI), and government representatives including the Federal Minister for Health, Greg Hunt, and Australia’s Chief Medical Officer, Paul Kelly.

The letter details persistent abrogation of due diligence and due process with respect to approval and regulation of warp-speed derived experimental gene-based Covid-19 vaccines. Australia, an island nation of 25.9 million people, has endured one the most repressive Covid regimes in the world, with vaccine mandates that have secured one of the highest Covid-19 gene-based (Pfizer, AstraZeneca, Moderna) vaccination rates.

Penalties for unvaccinated workers in Australia include fines of up to $13,785 and/or 6 months in prison. The letter to Australian officials stresses, however, that, “the safety signals presented by the data in this letter are of such grave concern that the normal decision would be to immediately halt the use of gene-based vaccines.” As an example, the letter cites official UK all-cause mortality data from January to October 2021, in which the rate of death for 18-39 year-olds is up to 7 times higher among vaccinated than unvaccinated individuals.

In support of its claims, the 52-page document expands upon 19 areas in which Australian authorities have either ignored or acted contrary to available evidence; acted upon unreliable or insufficient data; withheld critical information from the public and the medical profession; and/or disregarded evidence of potential fraud and misconduct by pharmaceutical companies.

Based on substantiating evidence across 23 annexures, the letter states, “the TGA has lacked critical information for making its provisional approval of the gene-based vaccines.” Accordingly, Australian officials are called upon to immediately withdraw all gene-based vaccines, along with any statements that the vaccines are “safe”, and to answer a series of questions posed throughout the letter regarding irregularities in Covid-19 policy and governance.

As a means to gain action, where many previous such letters have generally been ignored, the authors state: “We are also copying this letter to our parliamentary representatives so the issues raised can be addressed via ‘Questions on Notice’ and through other democratic parliamentary means.”

The issues for which the letter seeks answers and accountability include that Australian authorities:

The letter adds, “an article in the high-impact journal Nature notes that data collection and presentation during the Covid-19 pandemic has been substandard. Thus the capacity to ‘follow the science’ has been impaired. The US Center for Disease Control (CDC) recently admitted to withholding data for allegedly politicised reasons.”

“Throughout this pandemic, health practitioners and the public, who raise questions about the safety or efficacy of the gene-based vaccines have been smeared and silenced as ‘anti-vaxxers’.  We are not anti-vaccines.  We are pro-science, pro-evidence based medicine, pro-data transparency, pro-proper risk/benefit analyses, pro-Informed Consent.”

The Australian authorities were left with a video interview between Mark Zuckerberg and Anthony Fauci, in which Fauci says, “This would not be the first time, if it happened, that a vaccine that looked good in initial safety actually made people worse.”

Read the letter in full, with all annexures, here. 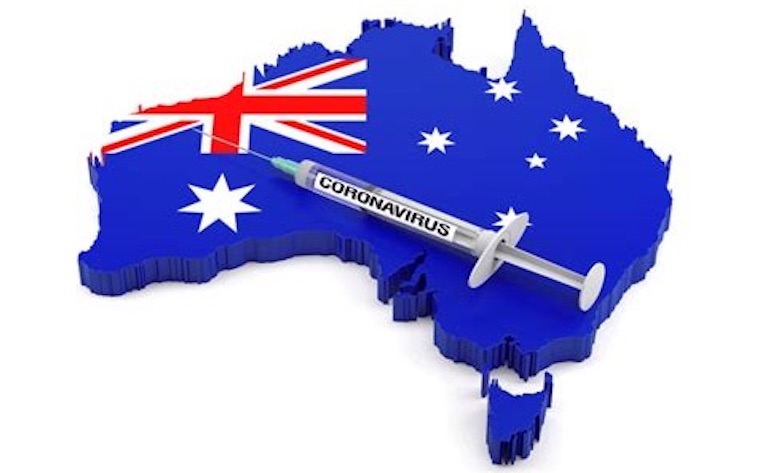